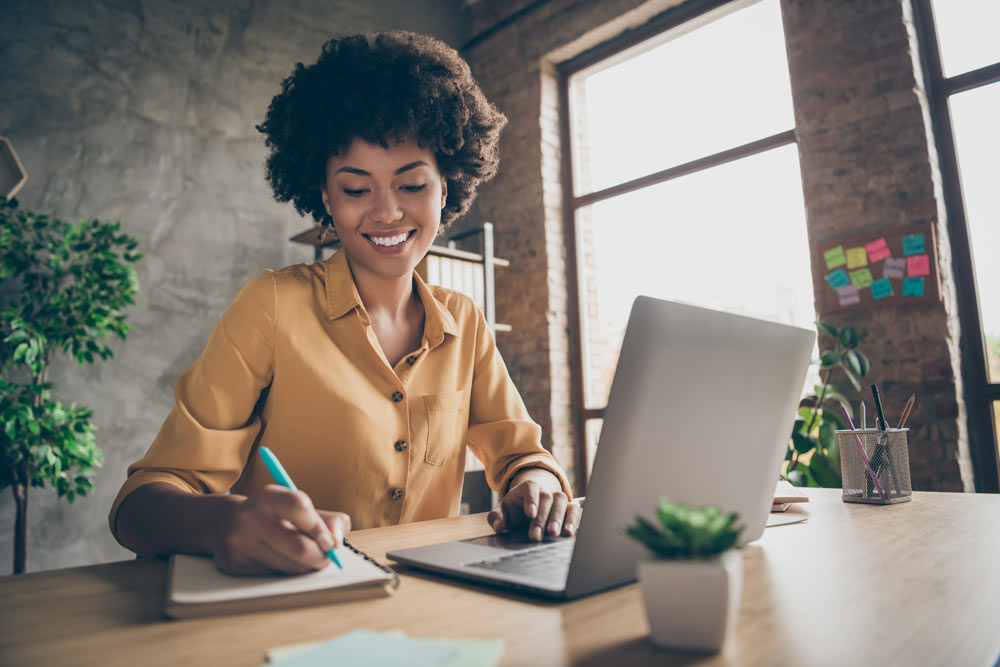 The Covid-19 pandemic has created unique challenges for companies with regards to network security. Cybercriminals are taking advantage of the sudden and drastic increase in telecommuting to gain access to company networks.

It’s no surprise that we’re seeing increased scams and phishing attempts targeting telecommuters, whose home networks are typically not as secure as corporate offices. Experts are expecting this to accelerate. Some of the factors:

These and other factors, authorities warn, are creating the perfect storm for cybercriminals.

What do employers need to do to secure their employees’ remote workstations and protect company data?

In order to fully secure your company network, you need the services of a qualified IT security technician to perform more advanced security measures. However, that may not be feasible for you at this time. The measures below will help mitigate the risks inherent with remote workstations.

When possible, a company-issued laptop is the safest workstation: It’s a known entity and uses the company’s application suite and anti-virus. Be aware, however, that as soon as that device leaves the office and goes remote it becomes a security threat, depending on where and how an employee accesses company data.

Ideally, an employee will have a company-supplied, dedicated laptop that’s only used for work. However, given the work situation in response to the Covid-19 pandemic, employers might have no other option than to allow employees to use a personal computer for work. We’ll address that later.

A foundational caveat for using a company laptop: DO NOT USE FOR ANY PERSONAL USE. This includes signing into personal email accounts, social networks, NOTHING; do not even sign in for a quick check. Doing so can unwittingly open the door for hackers to gain access to the company’s network.

All public Wi-Fi should be considered unsafe, and untrusted. Accessing data even on a password-protected public Wi-Fi connection at say, Starbucks, is different than from home. You might think that getting the password from the barista and signing directly into their Wi-Fi connection is secure; however, anyone can fire up a hot spot and give it the same name and password as Starbucks’ Wi-Fi. If an employee signs onto that one by mistake—an easy and common mistake to make–they’ve unknowingly given that person direct access to their device and potentially or indirectly, the company network.

Depending on what kind of provider Starbucks has, they may be able to restrict access between wireless nodes; do they do this? Who knows? Does the barista know? Probably not.

Best advice, while at a place like Starbucks, access via your own hot spot or VPN if you have one on your company laptop. DO NOT access at Starbucks or any public Wi-Fi unless you have one of these options.

Another scenario is what kind of resources do employees need access to? Can they get everything they need to do their job with just an internet connection? Users will probably need to access resources that are in their corporate offices. They can do that with a VPN, which the employer needs to set up or have an IT technician do so.

The problem with a VPN is that if the employee needs to use a personal machine at home, the employer has no control over that machine. Once the employee has connected, they’ve opened a tunnel from their home network to your office network. This gives cybercriminals direct access.

The risk increases if the employee’s network or device is already infected with spyware, malware, viruses, etc.

An employee’s personal device needs to be considered an untrusted workstation.

Employers have the ability to implement a sophisticated VPN from an untrusted workstation back to the corporate network that would allow that user to access specific resources from restricted channels, so if there was someone spying on their workstation, they wouldn’t have access to the full corporate network.

This doesn’t make it an excellent solution, but it can reduce your security risk by up to around 80%.

Using time-saving features like autocomplete and saving passwords on your browser is tempting. What specific security risks do these habits pose?

Websites can put in hidden fields in a webpage and your browser will autofill them. Hackers can potentially get your email address, street address, phone number, and other personal information. And with that information, you can be compromised.

Use firewalls for personal networks. Always have your provider firewall enabled, like Windows. Depending on how many devices you have on your home network, you should go even deeper than an anti-virus like Webroot.

Don’t rely on your ISP access point or anything it provides. Go out and buy your own security device or firewall and plug it into theirs–and then keep it updated. Some recommendations:

Get a hardware firewall hooked up that allows you to create virtual networks. Put your primary computer on one, and IOT devices on a separate network with no access to the computer in case an IOT device gets compromised.

Be aware, there are major security flaws for the top firewall manufacturers on the market. You must keep up with recent patches as soon as they’re released.

A common problem that an employer may now be facing is this: A patch was announced but it wasn’t a concern because at the time, they didn’t VPN. It didn’t seem relevant so they opted not to install it. Now suddenly, they’re sending employees home to work, they turn on their (unpatched) VPN, and now they’re exposed.

Forbes’ article published in January of 2020 is an excellent read for more on this: “U.S. Government Issues Powerful Security Alert: Upgrade VPN or Expect Cyber-Attacks.“

Phishing emails are more difficult to detect when working from home. When an email seems to have come from a co-worker or superior, it’s harder to verify it; you can’t just call across the room and say, “Hey Joe, did you send this?”

In Exchange you can create a “transport rule” and it routes things for you. I have a client who likes to be copied on every email that comes into the company from outside the organization.

Make sure you have a corporate policy in place stating that employees have no rights to privacy when it to comes to email, and they should not be using their work email for personal purposes.

Phishing emails and bogus websites centered around information about the Covid-19 pandemic are cropping up by the thousands per day, along with apps with global tracking maps that contain spyware and malware.

This has become a huge problem, as people are falling prey to this tactic. Do not seek information from untrusted sources. Doing so can compromise your device and network.

Back to using personal devices for work. An employee’s personal device can be managed through a Bring Your Own Device policy; if you don’t have one in place, you really don’t want people using their own devices.

Either use a VPN when connecting remotely, or Microsoft cloud offering.

Best Practice: Use Microsoft Windows Virtual Desktop in the cloud. You can build a full shared virtual desktop in the Azure cloud and establish a VPN connection between the Azure network and the company network via the cloud. If you have a compromised workstation, that compromise can’t cross to the Microsoft host without sign-in credentials and multi-factor authentication.

Using your personal phone or tablet to check work emails, files, etc. is a big NO when working from home.

If, however, employees are expected to respond to email during off-hours via phone, then Office 365 is the safest way to do so. With Mobile Device Management, you can set policies and settings that will help control access to your organization’s email and documents. You can also remotely wipe a lost or stolen device to remove sensitive information. You can read more about this on Microsoft’s Support page. 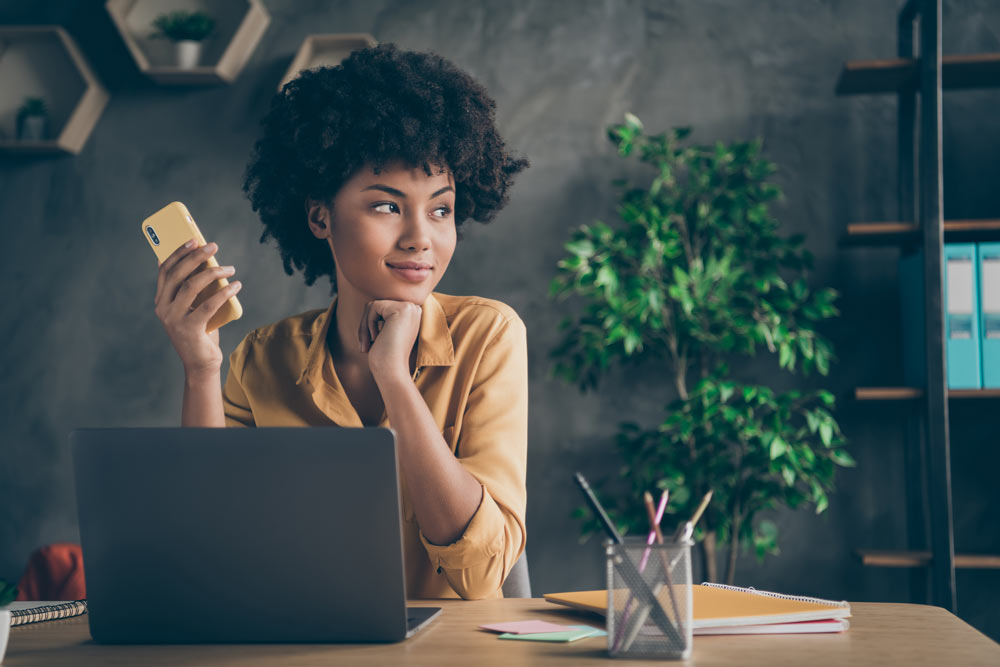 I hope this information proves helpful in securing your employee’s remote workstations and keeping your network secure as we face the challenges ahead.

Want help determining if your network needs additional security? Give us a call for a free consultation. 888-354-6208

Security Audits Are More Crucial Than They Seem

Taking Business Continuity to the Cloud

The Business Benefits of IAM